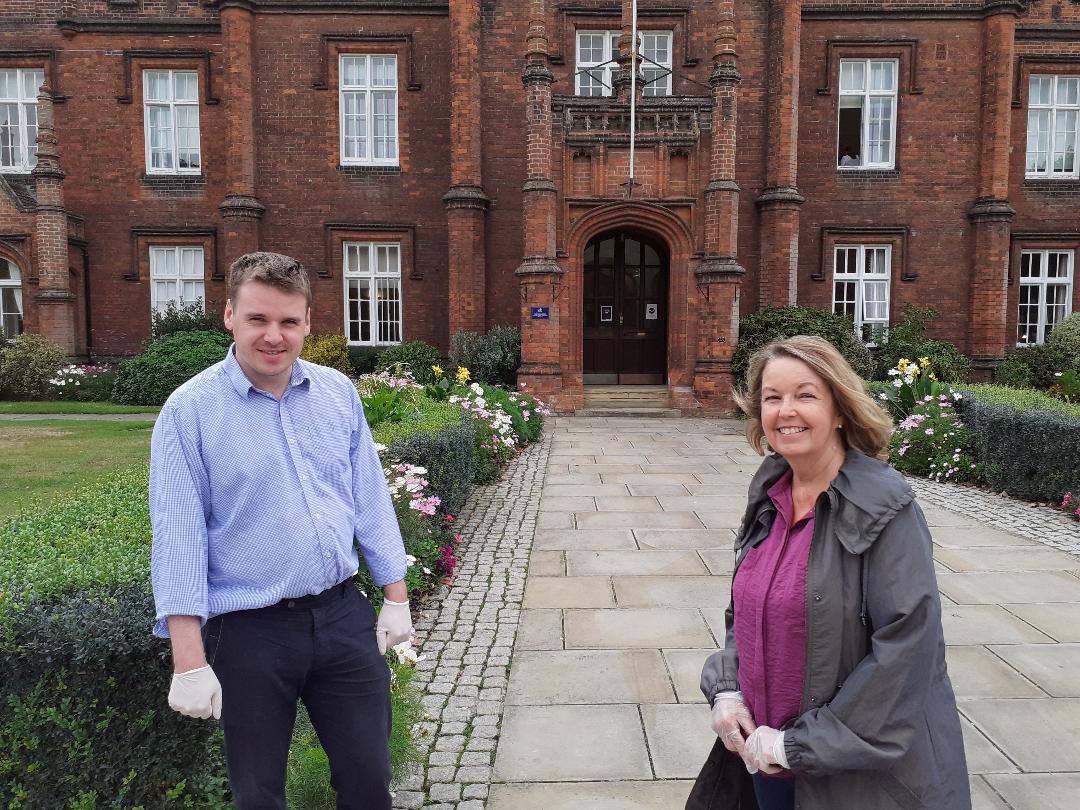 I have lived in Ipswich for the past twelve years and work part-time supporting homeless teenagers. This has given me insight into the drug problems in Ipswich and I know that you share my concerns.

I have five children who have all grown up and obtained degrees - in fact three of them are postgrads like me – they have settled down and are now starting to have babies. Life goes on and I’m very concerned about climate change and how this will affect future generations.

As well as being a mother I’m also an artist and writer and I love playing bridge. My community work is based at St Mary’s RC Church and includes raising money and visiting the sick and lonely – or rather it did before Covid19 came along.

Having spoken to many of you over the phone during my survey, here are some priorities that will be the focus of my attention should I be honoured with representing you, as a councillor, on the Council.

Central Ipswich has some very wealthy and very poor areas but drug addiction and gangs blight us all. Drug litter is found everywhere with hotspots in Christchurch Park and the open areas of Valley Road. Our kids are groomed to be drug runners for the gangs and young girls sexually exploited by them. Drug crime and violence is on the rise. The police do their best but they are reacting to events after they’ve happened. I believe we should do something as a community to curb it and educate the young about the traps they risk falling into. Someone is making a lot of money and they won’t give up easily.

A telephone survey of local residents highlighted that while people feel safe on the street during daylight hours this is not the case at night. They chose, overwhelmingly, a greater police presence on residential streets as a means of making the area safer. I will petition the PCC for this, especially on dark winter evenings.

The Council declared a Climate Emergency in 2019 and I want to be involved with putting into action a plan to deliver the zero Carbon targets. For me this means planting trees – at least a thousand around Ipswich. I’m concerned that all electric cars will disadvantage people who don’t have off-road parking where their cars can be plugged in. That includes terraced housing and flats. I’m not convinced about the carbon footprint of cars with large batteries either. Liquid hydrogen fuel may turn out to be a lot more practical.