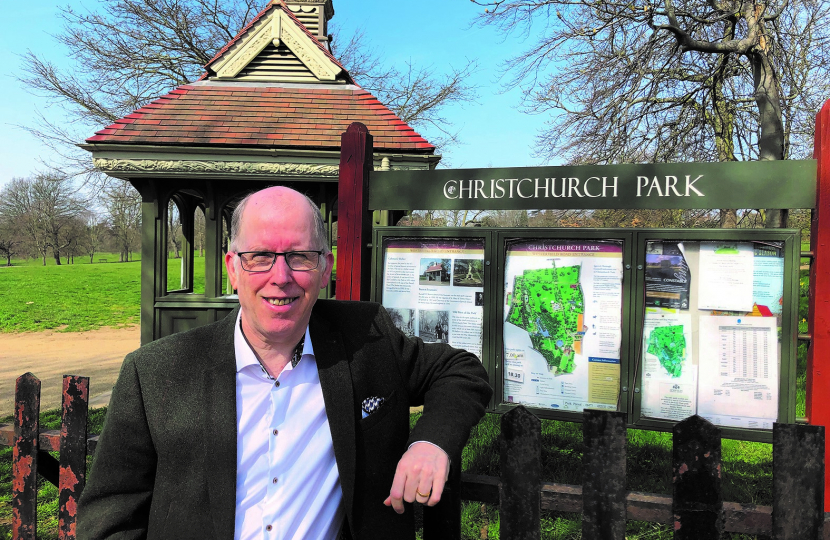 Stephen moved to Ipswich in the 1980’s having brought a flat in Cemetery Road. He now lives on Valley Road. Having spent over 10 years commuting to London he now works, like many people, from home.

Stephen says “I first got involved in local politics because I was frustrated by the way the council was run by the Labour Party and the lack of vision that they had for the Town. Over 30 years later nothing much has changed. It’s only since Tom Hunt was elected as our MP that we have started to see things happen in the Town to the benefit of local residents. The reduction in the Orwell Bridge closures and the Town Fund to regenerate local shopping parades being just two examples. Only the Conservatives have a vision for Ipswich to turn it into the regional centre of excellence that it should be (see inside). Labour have simply run out of ideas.”

“I have lived in St Margaret’s for over 25 years and been a councillor for 9 years in total, including in St Margaret’s, so I have the experience and local knowledge needed.”

“If elected I will work with local residents, community groups and Tom Hunt MP to seek solutions to issues that you raise and work to make a better St Margaret’s and Ipswich.” 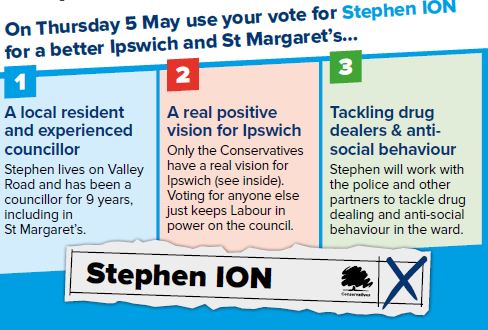