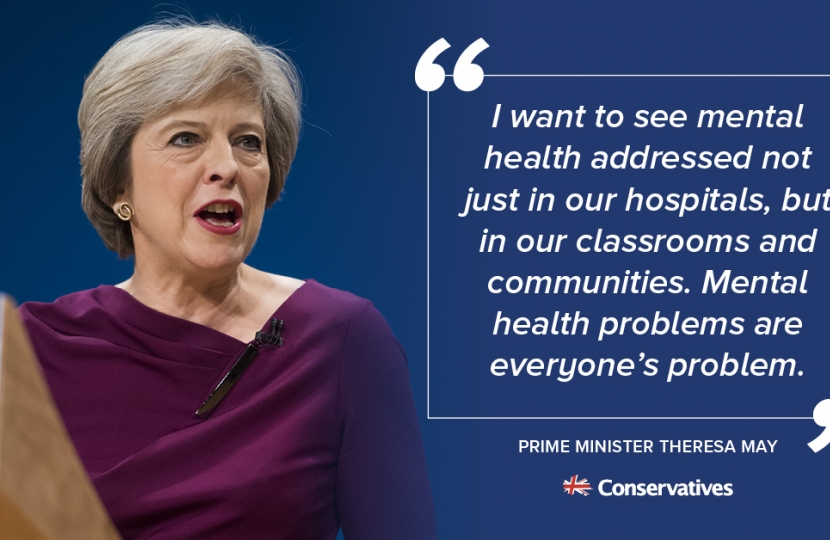 By Prime Minister Theresa May

It is a tragic fact that one in ten children in this country has a diagnosable mental health condition.

While this government legislated for “parity of esteem” in healthcare - so that whatever your illness, physical or mental, you are treated the same - very often the treatment for those with mental illnesses is inadequate.

For years it has fallen to civil society, charities, and the media to take on the problem.

But it is time for government to do more.

The need is urgent: the number of girls saying they’ve self-harmed has more than trebled in recent years, as just one example.

That’s why I raised mental health during my speech when I arrived at Downing Street for the first time as Prime Minister.

And it’s why today I’m announcing a step-change in the way that we deal with these issues.

I want to see mental health addressed not just in our hospitals, but in our classrooms and communities.

I want to see the stigma stripped away so that no-one in this country feels unable to talk about what they’re going through or seek help.

I want to see a focus on prevention as well as treatment, especially since so many adult mental health problems - which one in four of us will suffer from at any one time - begin in childhood.

This is part of a wider approach to tackle the burning injustices we face in society, and to build a stronger, fairer Britain that works for everyone.

For no parent should feel helpless when watching their child suffer. No teacher should feel ill-equipped to deal with a troubled pupil. No teenager should have to leave their local area to seek treatment. No child should ever be left to feel like their life is not worth living.

Mental health problems are everyone’s problem. As a society we must face up to that fact. And the announcements I am making today will ensure we do just that.