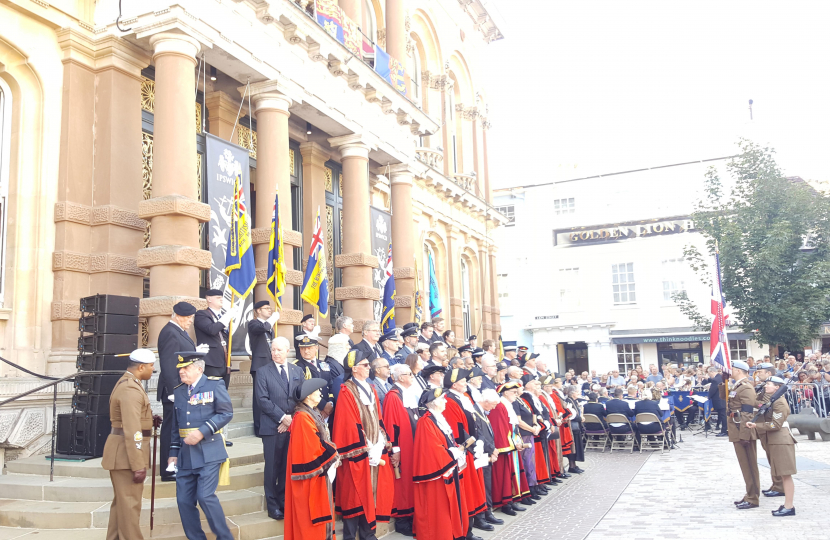 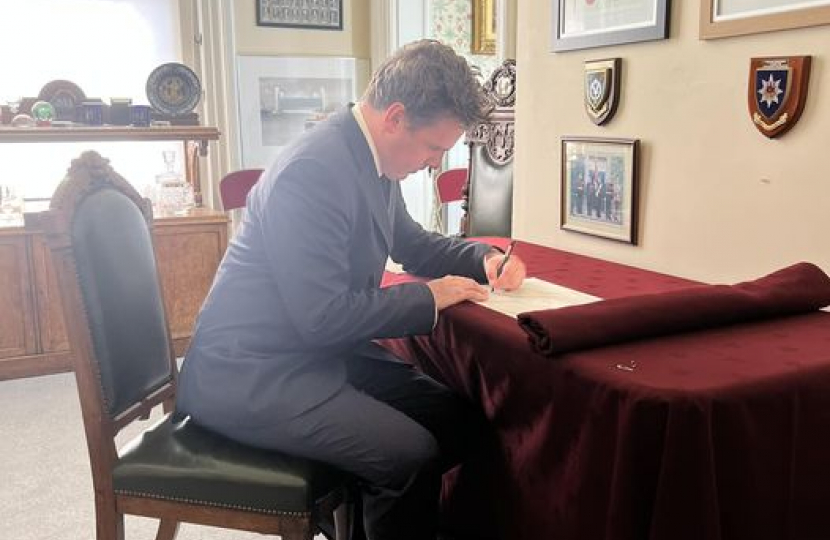 The official Proclamation of King Charles III to the County of Suffolk occurred at the Cornhill on Sunday.

The High Sheriff of Suffolk, Jamie Lowther-Pinkerton, a former Principal Private Secretary to the new Prince and Princess of Wales, read out the official statement that was made first to the Privy Council in London on Saturday.

There were thousands of people gathered in front of the Town Hall for this unique and emotional event.

Tom Hunt MP, was able to sign the Book of Condolence at the Town Hall. This will be at the Town hall over the coming days for Ipswich residents to leave a message. Ultimately it will be send to His Majesty the King and the Royal Family.