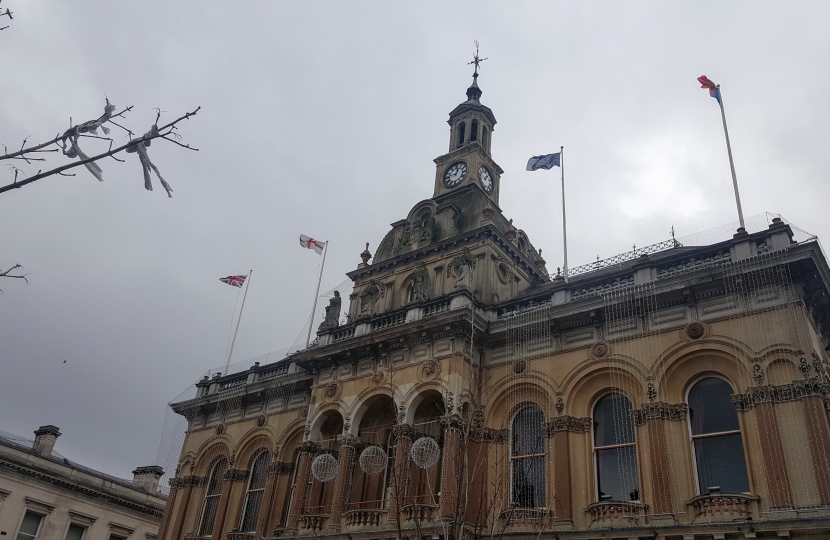 At Wednesday's meeting of the full Ipswich Borough Council, the Labour Executive which runs the council, rejected the opportunity for Ipswich to have a celebration of Brexit on 31st January nor replace the EU flag by the Flag of Suffolk.

Conservative Deputy Leader Eddy Phillips asked what the council would organise to celebrate our exit from the EU at the end of the month, but the adminstration said nothing would happen, depriving the opportunity for the majority of Ipswich residents voting for Brexit in 2016 and re-affirming their decision on 12th December to mark this most historic occasion.

As for the flag, the Labour representative simply said a plain flag will replace the EU flag with "occasional" other flags. Cllr Phillips said afterwards "The Labour council don't want to acknowledge that Brexit is happening in a matter of weeks, nor are they showing any ambition to promote Ipswich as the County Town of Suffolk by raising a County Flag. Both are lost opportunities."

Our new MP for Ipswich, Tom Hunt, made his maiden speech in the House of Commons a few days ago.