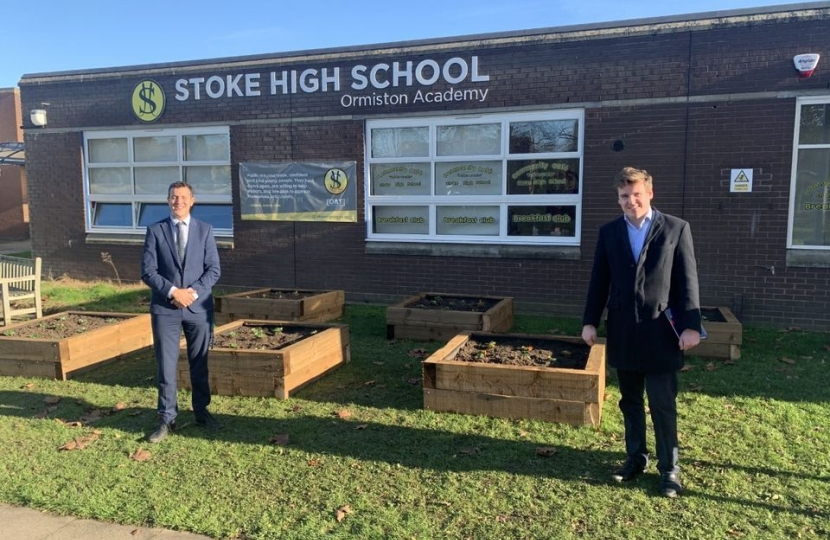 This week I've written about the Covid Winter Support grant scheme (£2 million earmarked for Suffolk) that the Government announced last weekend as well as the expansion of the Holiday Activities and Food Programme and the Healthy Start Scheme. All in all this is a massive package of support and it's vitally important that the work starts now to raise the awareness of these grants and to identify those families and individuals who are most in need of help.

The money will be distributed from the Government to local councils early next month so I'm keen to be involved in this and I'm also keen to see local councils working closely with local charities and community groups to get the support out efficiently to those who need it the most. These proposals have been in the pipeline for sometime and I think they're far more ambitious than simply extending free school meal vouchers into the holidays. However, though its great to hear that the Government is committing so much financial support to this issue it needs to work on practice on the ground for my constituents, that is my number one priority.

All in all this package of support amounts to just shy of £400 million and amounts to one of the most ambitious and generous support packages of its type ever.

The reason I mention all of this is to dispel the view propagated by some that what was announced by the Government was somehow quickly cobbled together following the vote on whether to extend free school meal vouchers into the autumn half term and the public criticism that followed. This was categorially not the case.

What the Government have actually done is bring forward a package of support that is far more wide ranging, generous and holistic than what would have been delivered by simply extending free school meal vouchers into the holidays up to March.

I would encourage any constituents of mine who have any questions about what the Government have announced to get in touch with me.

You can read the full Star Article here...