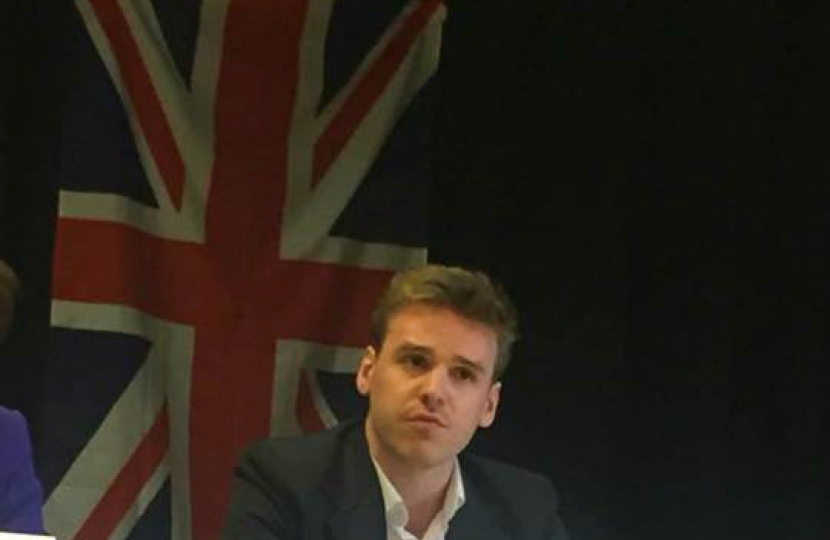 Most of us actively campaigned for Leave in the Referendum and have not changed our stance since. Both local Conservative Associations, Ipswich / Central Suffolk & North Ipswich are still, and will remain, strong campaigners to ensure the result of the Referendum is enacted.

We do not believe European Elections should be taking place and we were promised that Brexit would happen on 29th March and we have notified the Conservative Party head office of our views in both respects.

We, like many members of the public, are totally dismayed at the scenes coming from the House of Commons. National politics is not setting any kind of example but this overshadows the tireless work most of us local groups do to try and make our communities a better place to live.

We ask that you consider voting Conservative in the local elections so hard-working Conservative Councillors can continue holding our Labour Council to account so we can get a better deal for all of us.

Tom Hunt, the Conservative Candidate for MP at the next general election, says "Your local Labour MP has failed to support the overwhelming majority that voted to leave. I see it as my duty to stand up for what the majority of the people voted for nearly 3 years ago. I continue to energetically hold the current MP to account in his failure to stand up for what the people of Ipswich voted for."

Ian Fisher, Borough Conservative Group Leader, says "We know that many of you are very cross with all the political parties in Westminster but I would encourage you to vote for your Conservative candidate locally- ALL of our candidates support Brexit occurring as soon as possible. With a set of strong Brexit supporting Conservative councillors on Ipswich Borough Council, we will have a stronger mandate to press the government to deliver Brexit promptly."

Pictured - Tom at one of many Brexit debates he participated in 3 years ago.