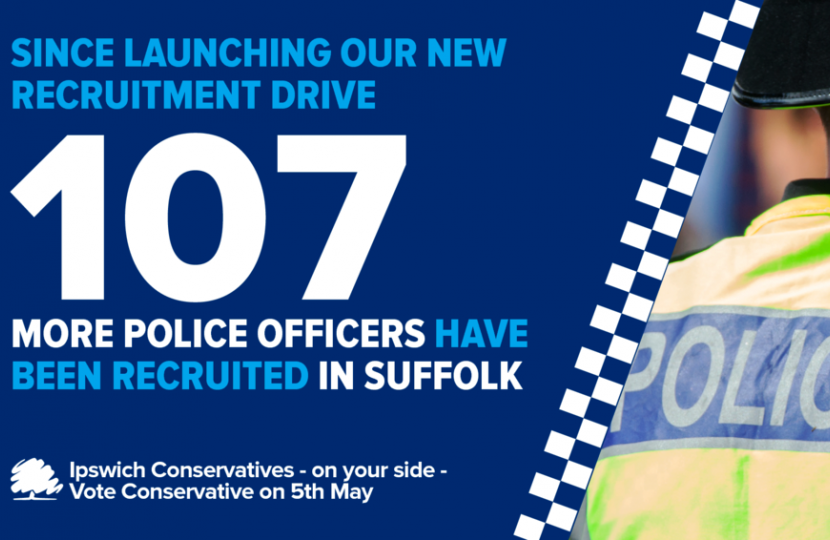 Newly released figures show that 107 police officers have been recruited in Suffolk as part of Boris Johnson's Conservative Government pledge to put 20,000 more officers on the streets by March 2023.

This puts the Government on track to meet its manifesto commitment with 68 per cent of the target now met.

Across the 43 police forces, an additional 13,576 officers have been recruited, bringing the total number of police officers in England and Wales to 142,526–where they are already having an impact in tackling crime and keeping communities safe.