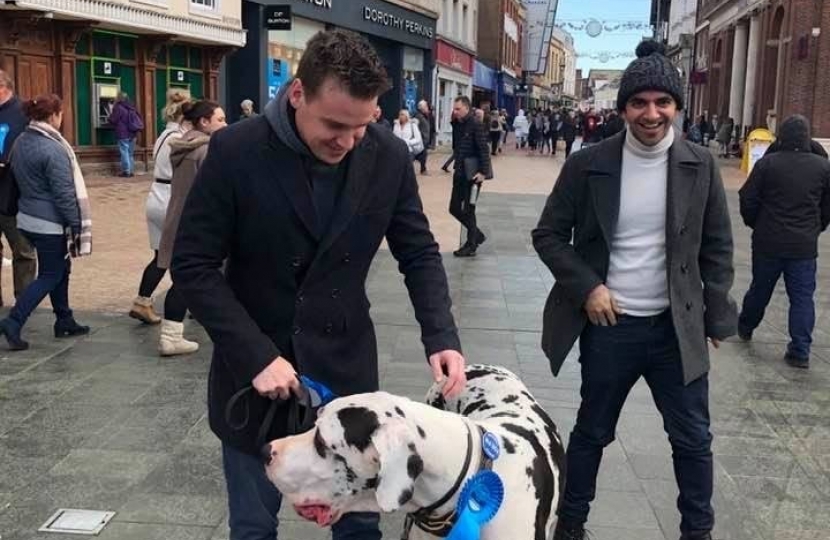 On Tuesday, Tom led a debate on the horrible crime of pet theft. Tom says "There was a significant increase in the number of pet thefts during lockdown and information from local police forces shows there has been a marked increase this year compared with last. Losing a pet like this is incredibly difficult for owners as more often than not they are very much part of the family.

Over the past year pets have been there for many of us more than ever before providing key sources of companionship and friendship. However there has also been an increased demand for pets, particularly for certain breeds of dog and sadly its thought that this has in part led to the increased number of thefts. Very often pet thefts aren't thoroughly investigated and even if the perpetrator is found they get away with little more than a slap on the wrist and a small fine.

I will be supporting petitioners in calling for there to be more of a deterrent and for tougher punishments for those found guilty of pet theft. Either a new law specific to Pet Theft needs to be passed or new guidance needs to be issued to the Sentencing Council from the Lord Chancellor to ensure that when Judges issue sentences they fully take into account the seriousness of Pet Theft and the emotional distress to both the owner and the Pet. Too often when it comes to the legal system pets seem to be measured purely by their monetary value and no differently than other valuable objects, this needs to change.