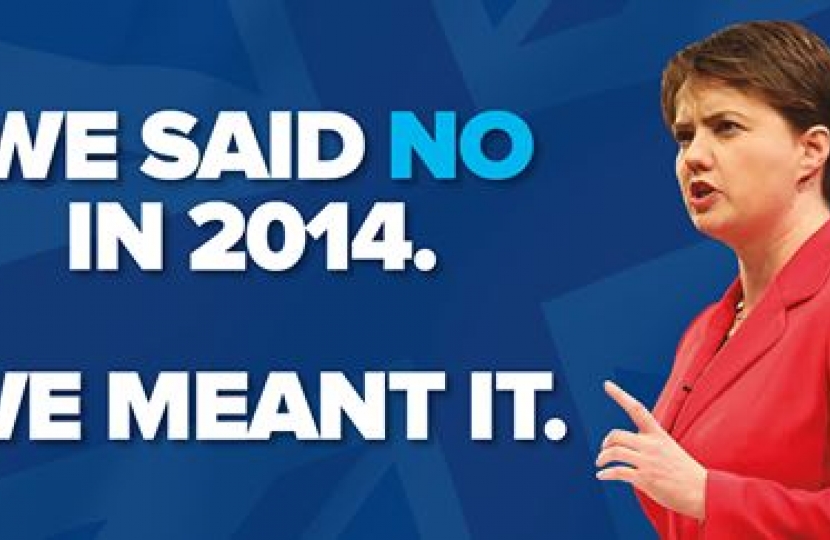 The following letter has been written by a non-councillor member of Ipswich Conservatives to a national newspaper. As it quite unlikely to be published due to the numbers the paper receives, we are posting it here.

Seeking to call a referendum before the UK has completed its negotiations on Brexit with the EU would leave the Scottish people with an incomplete picture of what all the options are likely to be. It looks like the SNP would like to split from the UK at any price - a somewhat reckless proposition by any measure of the situation. I do not believe that the Scottish people deserve to be treated in a way which prevents them from making a well thought out and informed decision.

To break away from the UK, without adequate knowledge of what the alternatives are, would be foolhardy and irresponsible. If Scotland chooses to go it alone when they do have the required information, then that is their choice. In the interim there other more crucial matters to be attended to.

For example, the SNP have still not done their homework on what currency they could use, what central bank requirements or state funding they will require, how they will manage to finance the gap left by the halving of the oil price  etc., etc., and I would politely suggest that the SNP use the intervening time to work out exactly how Scotland will exist after Brexit has run its course, and be better prepared to take stock of the situation once they have  all the salient facts before them. The facts could reveal that remaining in the United Kingdom might be the preferred option.