Cllr John Carnall was elected to Ipswich Borough Council in June 2004 representing St John's ward. In September 2004 he became the Council's Finance Portfolio Holder and the Deputy Leader in March 2005. John remained in these posts until May 2011.

Since May 2008, John has represented Bixley ward, the ward in which he has lived for over thirty years. He is very active in the ward and makes himself readily available to help local residents with problems causing them concern.

John is well aware that it is YOUR money that the Council spends and attaches the highest priority to ensuring that the money you pay to the Council in taxes is spent wisely to obtain good value for money - a challenging task with the current Labour Council. 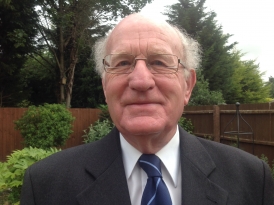