VOTE FOR TOM HUNT IN IPSWICH ON THURSDAY 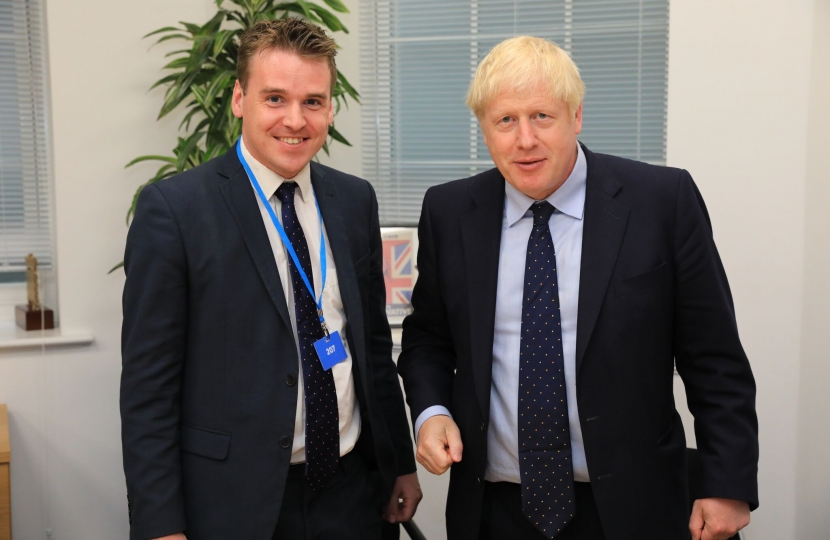 On Thursday, you have the chance to end the gridlock.

No more arguments. It’s time to end the uncertainty.

Let’s be honest. The country has been stuck in a rut.

Parliament has spent the last three years going round in circles – agreeing on nothing except more arguments.

Don’t you think it’s time to stop arguing about the past and start building the kind of future we want?

Let’s build a future where the endless arguments about Brexit are finally over.

A future where you don’t have to wait three weeks for a GP appointment. Because our NHS has the extra funding it needs to provide everyone with the best possible care.

A future where your streets are safe no matter where you live. Because our police have the officers they need to get a grip on crime.

A future where your children get a world-class education. Because no school is underfunded or left behind.

Together, we can get Brexit done and focus on the country’s priorities. But only if we secure a majority.

Last time, we were only nine seats short of a majority. This time will be just as close.

But if you vote for any party other than the Conservatives, we’ll get a hung parliament. And because the other parties have ruled out a coalition with us, that means Jeremy Corbyn in charge.

VOTE TOM HUNT ON THURSDAY 12TH DECEMBER  -TOGETHER WE WILL GET BREXIT DONE AND MOVE ON.

The Prime Minister's letter on Coronavirus: Stay at home to protect the NHS and save lives.

Read the Prime Minister’s guidance everyone should follow and the measures the government has put in place to fight Coronavirus.