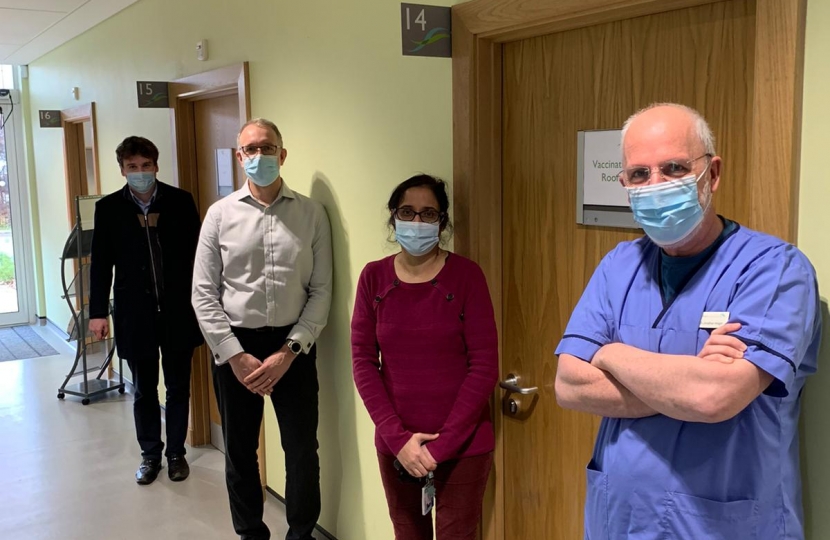 Here in Ipswich, 26,077 people or 23% of the population of the town has now received a vaccination. Across the country 19.3million doses have been given out.

This is the third highest per capita, behind only the UAE and Israel. In addition, only two countries have administered more doses than the United Kingdom – China and the USA.

Everyone in the top four priority groups has now been offered a vaccine, as invites are now going out those in priority groups 5 to 9. The latest figures now show that two thirds of those aged 65 to 69 have now been vaccinated.

Tom has also welcomed the Prime Minister’s roadmap to take cautious and irreversible steps out oflockdown, which you can read in the Star here.

Saturday saw the return of Carols on the Green at Penshurst Road, organised by St Augustine's Church and 2 other connected churches.

Bixley Ward councillors donated some of their local funding pot to assist the organisation of this.