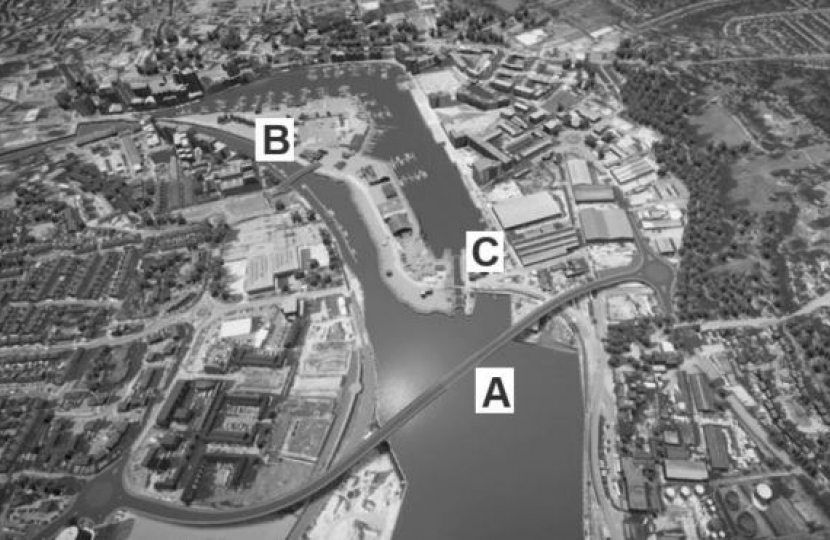 A recommendation, that the Upper Orwell Crossings project stop with immediate effect, will be put to the Cabinet of Suffolk County Council on January 29th.

Following his election as the Leader of Suffolk County Council in May 2018, and sight of the updated project costs in July 2018, Councillor Matthew Hicks, ordered an independent review of the Upper Orwell Crossings project costs as the predicted project costs significantly exceeded the £96.6 million costs stated in the Outline Business Case and the May 2016 Cabinet report.

Jacobs, one of the world’s largest providers of technical, professional and construction services, was commissioned to undertake the review.  They reported to the December Cabinet that the estimate of the net costs for the project were 2% higher than the project estimate and overall the total costs are within the expected acceptable range for a project at this stage of development.

The estimated cost to deliver the project, (including revenue), would be up to £146.7 million giving an additional capital requirement of £43.2 million.

In October 2018, Suffolk County Council Cabinet endorsed the findings of the independent report carried out by Jacobs and instructed that the Council must seek further external resources if the funding gap is to be closed to enable the Upper Orwell Crossings project to proceed.

Despite exhaustive efforts and discussions involving a range of stakeholders, including central government, Suffolk County Council has been unable to secure any additional funding for the Upper Orwell Crossings.  This results in the recommendation that this project will stop with immediate effect.

Suffolk County Council remains fully committed to the future development and continued success of our county town.  To reiterate this commitment, we are still prepared to commit financially towards the costs of building the two smaller bridges, providing we can find significant funding partners to work with us and up to a maximum of £10.8 million which respects the overall commitment we made in 2016 towards the local contribution, less the costs incurred to date.

The final decision will not be made until Cabinet meets on Tuesday 29 January at 2pm.

The above is a press release from Suffolk County Council on 21/01/19.