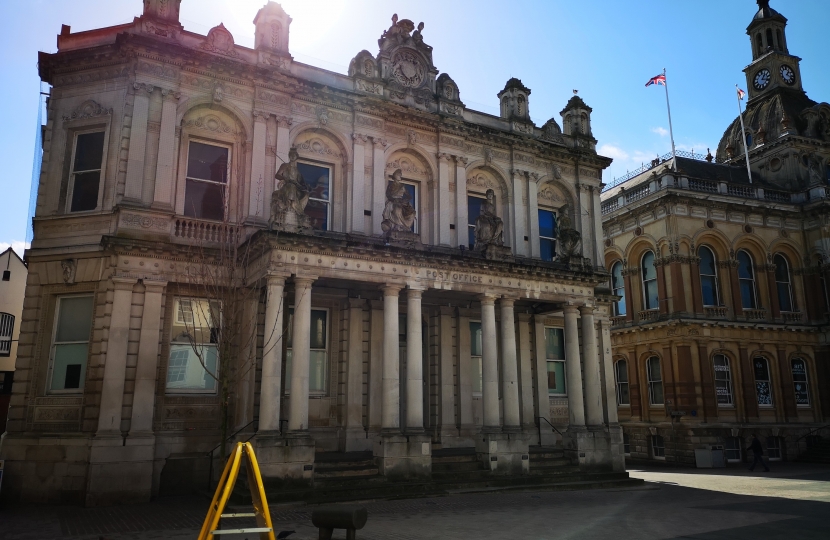 I have written my weekly column on the disused buildings we have around Ipswich and what the plan should be to deal with them effectively going forward. We cannot leave these iconic buildings such as the Paul’s Silo building (which was left abandoned for 23 years) and the Old Post Office (which was unused for at least 3 years) empty and gathering dust. The £25 million from the Town Deal will make a significant contribution towards getting these renovated and put back into use.

I have also written about the constant negativity coming from Labour Councillors with the Labour Leader of the Borough Council, David Ellesmere, suggesting on BBC Radio Suffolk this week that Ipswich was somehow being short-changed by the government. It is remarkable that he should be saying this only a week after the Government provided both the £25 million Town Deal money, in which out of the 45 successful towns we got more than 38 (with only three getting more), and on top of that is creating the new Freeport down the road at Felixstowe which either directly or indirectly employs more than 6,000 of my constituents.

It is also bizarre to me that instead of raising any concerns with me, the local MP, so that I can then raise it with the Government he instead made an off the cuff political attack without discussing any problem constructively. I have kept my eye on funding over this pandemic to ensure that Ipswich is getting a fair deal. Over the course of the pandemic Ipswich Borough Council has been given, at the very least, £33,569,871 in additional funding from the Government. This is in line with the most similar borough councils across the country such as Gloucester, Lincoln, Chesterfield, Nuneaton and Bedworth, and Scarborough. So, it is very clear to me that Ipswich is in no way being ‘short-changed’.

I have serious concerns about local rate payers being exposed in the risky investments the Labour run Borough Council has made, having spent £22.5 million on office blocks in Peterborough. I continue to hope that they focus their attention less on risky business ventures outside of our town and more on spending money on local initiatives.

Tom writes about Labour labelling their opponents as "racist"