Tom writes about Labour labelling their opponents as "racist" 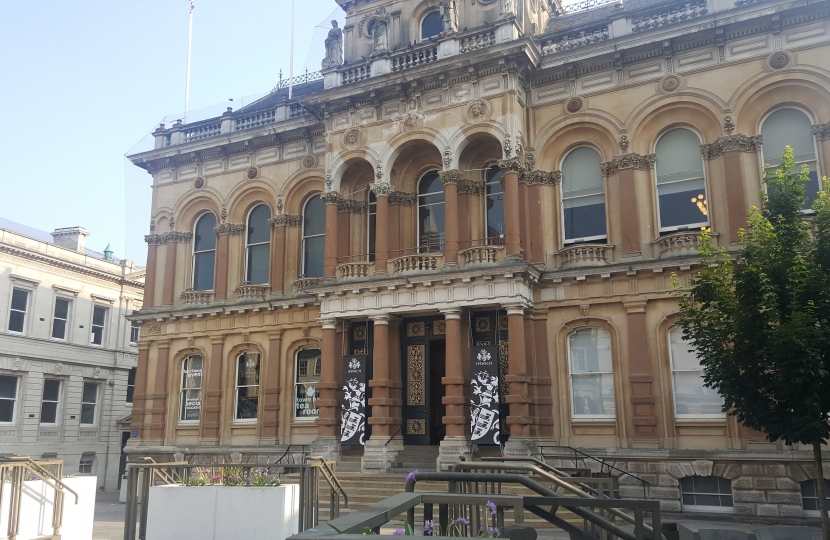 Sadly, one of the things that has remained a constant at the local level has been the propensity of prominent local Labour Party councillors to label political opponents as “racist”, simply because they disagree.

Within weeks of being an MP, on 10 January 2020, I penned an opinion piece about crime, which stated:
“It is impossible to start thinking about remedies to these issues without also being ready to confront the possibility that a disproportionate number of crimes are committed by individuals from certain communities. This is something we should be open and honest about. Brushing it under the carpet will not get us closer to solving the issue.”

Looking at statistics for crimes that have taken place across the country over the past decade or so, I felt this statement was pretty uncontroversial, and established in most people’s minds as fact. How wrong I was! Within days a number of prominent Labour Party members had reported me to the police for committing a “hate crime”.

A few months later an official Ipswich Borough Council presentation to Councillors contained a section on “hate crime”, emblazoned with an image of me.

The local Labour Party don’t seem to understand that, in the attack they levelled at me, they were also attacking tens of thousands of Ipswich residents who happen to hold exactly the same view. By all means, the local Labour party can disagree with the view in question, but why feel they need to label the view as a “hate crime” and “racist”, when clearly it isn’t?

There was a fairly acrimonious meeting that took place at the Town Hall last week, during which a row took place over whether the Council should adopt a particular definition of Islamophobia.

Without doubt, Islamophobia is one of the widest spread forms of racism in Britain today. Not long ago, I met with a small group of Muslim constituents, who told me about the racism they experience. Even in a place like Ipswich, which is on the whole a tolerant and well-integrated town, this form of racism remains an issue.

Yet believing all the above doesn’t mean you should unquestioningly stumble into accepting any definition of Islamophobia, however vague and unhelpful that definition may be.

The definition the council were discussing has been widely criticised for a number of reasons – particularly its vagueness, and the potential for unintended implications for free speech. For these reasons, the Government has decided against adopting it. While many local councils have adopted this definition, many hundreds also have decided not to.

In exploring the discussion on this new definition of Islamophobia, following last week’s council row, I realise there is no clear response.

If I had been a councillor involved in the discussion, I would have been torn between wanting to support the new definition, to demonstrate to my Muslim constituents that I understand and hugely sympathise with the racism they experience, but also would have had concerns about the vagueness of the definition, and its interpretations.

This wasn’t a matter for me. It was a matter for the elected councillors to debate and vote on. As such, I was very surprised to be notified of an audio clip, which heard a senior elected Labour councillor in the council Chamber stating that I had “racist” views.

Despite the fact that I was not present at the meeting, and haven’t expressed views on the topic, the Labour councillor levelled just about the most serious accusation in politics at me.

Since I wasn’t involved in the discussion raised at the council meeting, I have been left scratching my head over all the previous incidents where this elected Labour councillor has attacked me since I was elected. The most notable issues relate to my views on the need to tackle illegal immigration and ensure strong border controls.

So, I can only assume that by “racist views”, the Labour councillor in question refers to my views on illegal immigration. Perhaps this is unsurprising: the opinions of the local Labour councillors seem to reflect the sentiments of Keir Starmer, who back in 1988 claimed that all immigration control is ‘racist’.

I think it’s an utter disgrace that a senior elected Councillor is able to level these sorts of libellous, unfounded and unsubstantiated accusations in official council meetings in the main Council chamber.

In short, my advice to the local Labour Party is to rethink the strategy of labelling political opponents as racist, when the reality is mere difference of opinion. Not only is this a divisive strategy, and insults the thousands of Ipswich voters sharing my views, but demonstrates a clear breech in councillor code of conduct.

In politics, it’s important that we are able to engage in disagreements while remaining civil: it shouldn’t be the case that disagreement turns to slander or abuse of opponents. We need to get better at disagreeing with each other, without resorting to insults.

[The Star article is here.]

I would firstly like apologise for not commenting sooner on the events of the past week. The developments have been very significant and have come very thick and fast and I've been reflecting on everything and reading the many emails I've been receiving and continue to receive from constituents.