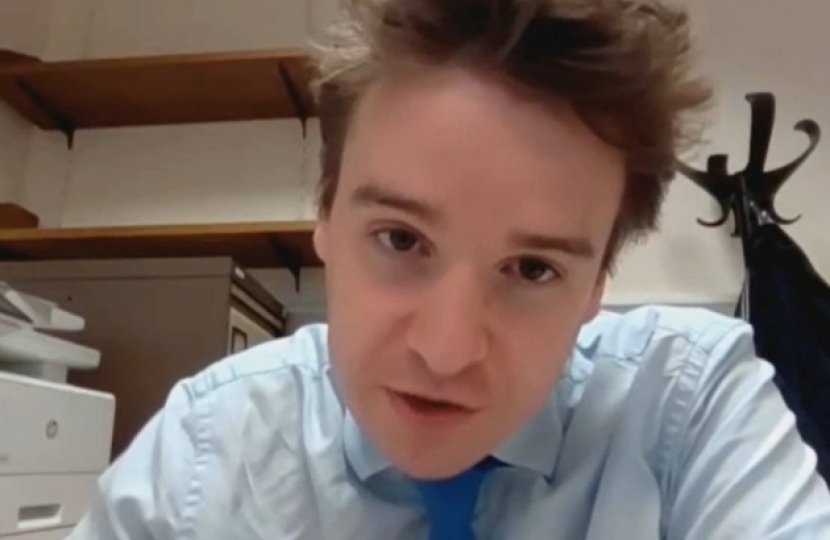 In my Ipswich Star column this week I've reiterated my disgust at the appeal verdict this week and have also spoken about activity on the Education Select Committee. I also talk about what its like taking part in Parliamentary proceedings virtually and my ever growing need for a hair cut!

I was appalled to find out yesterday that one of those found guilty of the murder of Tavis Spencer-Aitkens had five years taken off his 21-year sentence.

In my opinion, at no stage has this person shown any contrition or remorse whatsoever for his involvement in the brutal murder and I find it deeply troubling, that at the age of 32, he will be able to leave prison with the majority of his life likely ahead of him.

When the sentences were handed down to those found guilty of the murder, I was initially of the view that the response had been quite robust. All of those found guilty would spend more than 20 years in prison, with requirements that all must spend at least the period they’d been sentenced for behind bars.

Shocking judgements, like the one made by the Judge at the Court of Appeal earlier this week, will further knock public confidence in the justice system and in the case of the family and friends of Tavis, will very much undermine the sense that justice has been done.

I have sent a letter to the Attorney General outlining my concerns about the judgement.

Later that day I received a written response from Justice Minister Chris Philp on the same topic stating that the Government have increased the limit that those found guilty of this offence can spend in prison from six months to 12 months. A welcome step, but I know many of my constituents think we should go even further than this.

This week I also took part in two more Education Select Committee meetings; on Monday with the Chief Inspector of Ofsted and on Wednesday with the Secretary of State for Education. I raised concerns that under the new Ofsted framework, schools with serious shortcomings regarding the provision for those with special educational needs can still be awarded Good or Outstanding following an inspection.

Taking part in proceedings virtually in the House of Commons is a rather strange sensation and much is left unclear. For example should I still dress up in a jacket and tie? I didn’t earlier in the week and there were also concerns about my scruffy hair. Unfortunately, as for many, my hair has become a victim of the lockdown and is becoming increasingly unruly.

As the week progressed though I did attempt to get on top of the presentational issues, a tie came back into play, as did the grooming products and I hope we can all agree that I looked quite smart during the Education Select Committee meeting on Wednesday with the Education Secretary.

How we're protecting jobs, businesses and livelihoods as we begin to kickstart our economy

Our top priority has always been to support people, protect jobs and businesses through this crisis. The furlough and self-employment schemes have been a lifeline for millions of people and businesses.