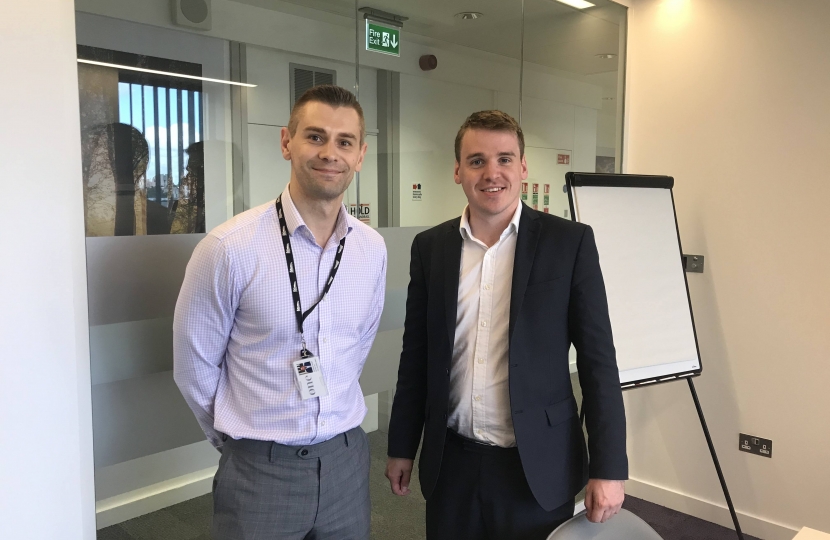 Last week I met with Richard Taylor, Head of Strategic Planning at Network Rail to discuss what improvements are necessary to the region's rail network to allow a more frequent Ipswich in 60 train service to London. I'm glad that at the end of May the Ipswich in 60 service was launched but its clear that if the new service is to be a real game changer for Ipswich it needs to be far more frequent. There're currently only two services a day out to London and two a day back to Ipswich. As it stands the majority of people who really rely on the train service to London, particularly commuters can't really benefit from the introduction of the Ipswich in 60. There're many key improvements to the rail network that would help free up capacity to enable a more frequent Ipswich in 60 service but I wanted to gain a greater understanding as to the relative importance of the different interventions and which ones are most achievable and would have the greatest impact. Some promising news. Ideally we want to get to the point where you can turn up to Ipswich train station at almost any time of the day and not have to wait too long before you jump on a train that gets you into London in under an hour. There are many ways in which Ipswich rail services can be improved but this meeting was specifically to look to increasing the frequency of the Ipswich in 60 service.

How we're protecting jobs, businesses and livelihoods as we begin to kickstart our economy

Our top priority has always been to support people, protect jobs and businesses through this crisis. The furlough and self-employment schemes have been a lifeline for millions of people and businesses.