Our response to Labour's Budget 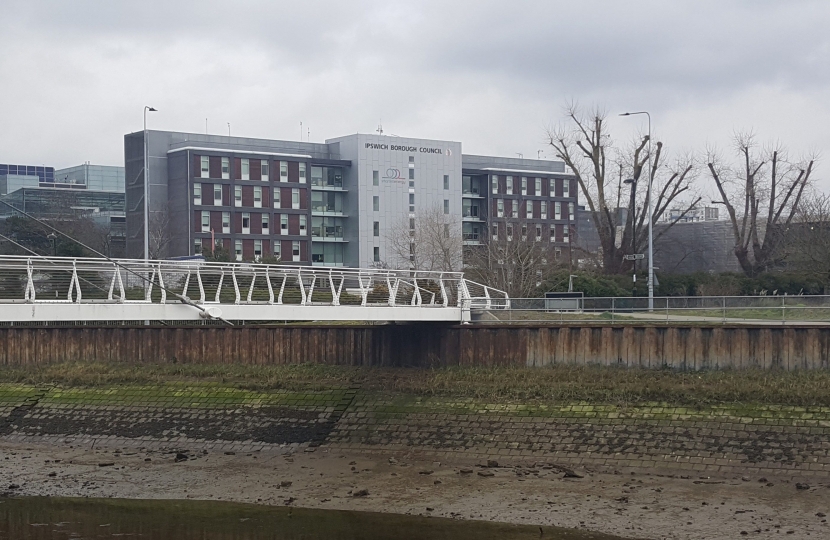 Yet another year and the same story we are seeing from Ipswich Labour and their so-called balanced budget. Much of Cllr Ellesmere’s intro was a copy and paste job from last year and the year before.

So I’m going to again do what I do every year as I highlight some of their failings in certain areas where one might expect income to be improving and closing the gap on expenses. Yet the Regent Theatre income is now £13k down and £90k down on 2 years ago. Sports and leisure cost £1.45m last year, now it has increased to £1.85m.

Income from corporate properties is down £300,000.

New homes bonus income from govt is down, hardly surprising when Labour run IBC is not building the homes it promises either by its own target or even for private developers due to its inability to engage with developers in a positive manner .

In the year 2017 to 2018, the private sector delivered 80 homes, housing associations 10 and IBC seven. In 2011-12, private developers delivered 200, housing authorities 90 and council none. Cllr M Cook indicated 221 private sector homes are expected to be delivered this year, and up to 467 in 3 years. How when the numbers are so low? It was this Conservative government that tore up Labour’s restrictions on council house building.

So how does Labour intend to balance their budget this year: they have allocated a challenging £5.3m of savings in their big ticket programme, of which two thirds comes under the rather unclear title of Service Efficiencies and income.

As usual, Labour are increasing their portion of council tax by the maximum they can. OK, so SCC and the PCC are doing so also, but I can’t imagine in their election leaflets, Labour will point out that the SCC has a budget of £519m against IBC of about £19m, 27 times smaller, therefore hardly surprising that your contribution to SCC is bigger.

Nor will labour tell voters that 75% of SCC funding is spent on adults and children’s services nor will they tell them highways has a budget of £46m.

Thanks to Conservatives being in government since 2010, we have kept CT increases at capped levels to help out hard-working families across the country, which has been 2 or 3% excluding the social care levy.

Labour tell you how hard up they are. Yet they keep over-estimating how much they intend to spend and when it comes it at substantial underspends, they squirrel the money away or give it to their arms length companies, where all transparency ceases. And pat themselves on the back for their way of manipulating their spending.

There is scope to improve income but their attitude of protectionism and inadequate co-operation with other local authorities, creates this sense of doom and gloom.

Why have we not presented any alternative budget this year? Well Cllr Abbot came up with a single proposal at SCC’s budget meeting, but our view is that we don’t want to waste officer time on something that will be voted down ! We would simply start afresh from top to bottom if we were running IBC.

I was pleased to hear Cllr Carole Jones thanking the CONSERVATIVE government for granting £10m for infrastructure work at the garden suburb development (Northern Fringe).

Cllr McDonald commented on the delayed development at Ravenswood UVW and blaming us. However the housing WOULD have been delivered years ago if Labour had worked with the Ravenswood Residents Association on coming to an agreed consensus on the tenure mix.