One Year on from Tom's Election Victory 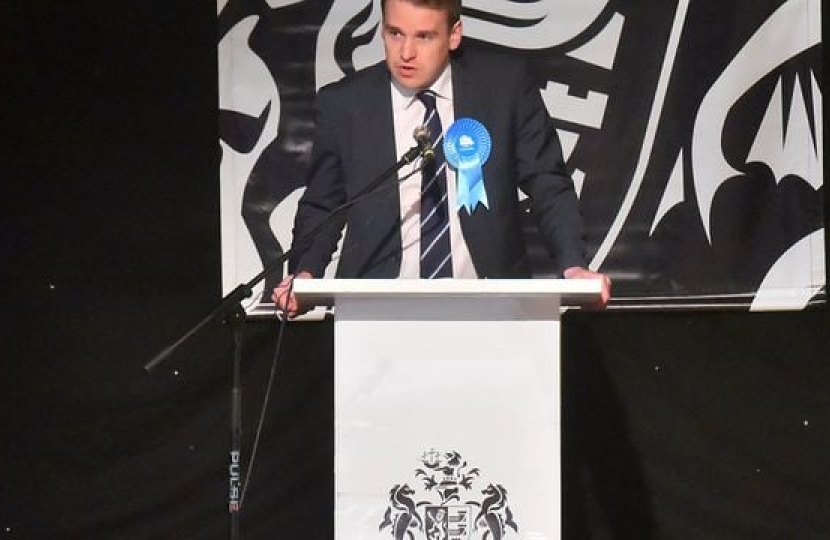 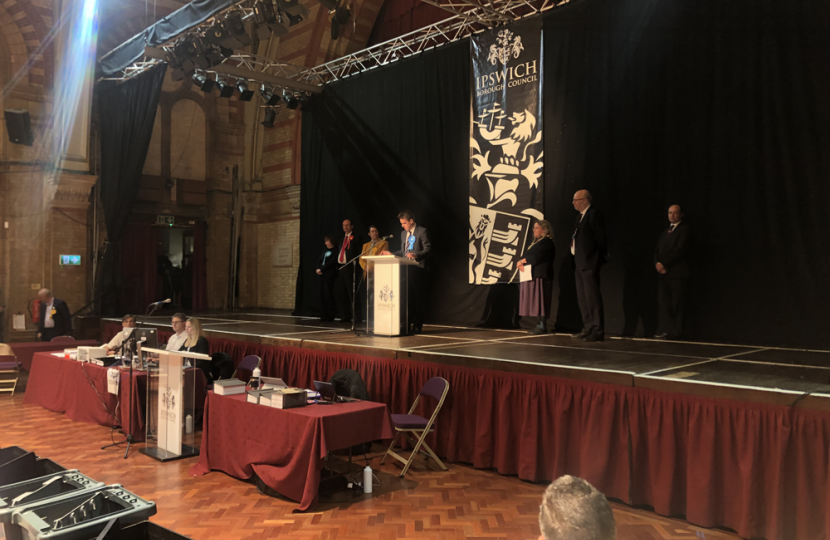 Hard to believe that its been a year today since I was elected as the MP for Ipswich. What a year it's been. Few could have predicted that it would have been as challenging and unusual as it has been. I was elected promising to "Get Brexit Done" and I was pleased that within days of me being in Parliament I was able to vote through the withdrawal agreement which paved the way to us legally leaving the EU at the end of January.

Only a matter of months after being elected we were thrown into the COVID-19 pandemic and since then me and my office have worked as hard as we possibly can to support Ipswich residents and businesses that have contacted us asking for help. Sometimes we've been able to help however sadly sometimes we haven't been able to secure the outcome we wanted but its never been for the want of trying. I know that the past 9 months or so has been desperately difficult for many of my constituents. Many have lost loved ones to the virus and others have lost livelihoods and fear for the future. Many others have also seen their mental health be badly impacted as they've been unable to see their friends and loved ones. There are more challenges ahead relating to the virus but with the developments of the past couple of weeks relating to the vaccine we can now see a bright light at the end of the tunnel.

We also face the culmination of Brexit negotiations and the end of the transition period. At the end of this month we will either leave with a deal or we will leave with no deal and trade with the EU in an Australian type relationship under WTO rules. I am pleased that the Prime Minister has been so resolute in standing up for British interests and making it very clear to an often intransigent EU that we must leave the transition as a fully sovereign country, deal or no deal.

I spoke to some of my constituents last night in the Golden Hind pub and I made clear that as their MP I haven't sought to be a fence sitter. Generally I find Ipswich residents to me straight speaking and up front with their views and I've tried to be the same. Maybe one week you may find you really agree with something I say and then the next week you don't, but rest assured that whatever it is I'm saying or whichever way I'm voting in Parliament I'm acting in what I believe to be the best interests of my constituents and the Town.

Despite the challenges presented by COVID-19 I have tried to develop the priorities that I outlined during my election campaign and my first speech in Parliament. On transport I'm confident that a solution to the frequent closures of the Orwell Bridge will be delivered early next year (a topic I held my own debate on in Parliament two weeks ago), touch wood Ipswich will be getting £25 million in investment as part of the stronger Towns fund early next year, on special education needs one of my key passions, we have secured two new special schools for Ipswich (I sit as an Associate Governor on one). We had an early set back on the northern bypass a few weeks after my election but in the medium to long term I do believe this needs to remain on the agenda. I held a special adjournment debate on the topic of the orthopaedic services at Ipswich Hospital where I sought to prevent a portion of our orthopaedic services being transferred to Colchester Hospital. This was very late in the day, sadly too late in the end to prevent this but I do feel like I laid down a marker with both the Government and the Hospital's leadership that the merger between Ipswich and Colchester Hospitals needs to work for Ipswich. I'm glad we're getting a brand new A and E Department and that we've just secured a new molecular testing centre but many of my concerns about the merger remain and I'm very much still on the case.

I'm ambitious for what I'm looking to achieve for the Town but delivery often takes many years and there will be some occasions where I'm not successful but what I do promise is that I will never been missing in action.

I remember at the last General Election the local Labour Party claimed that my predecessor was the "Hardest working MP in Suffolk". This was based on that fact that he'd made 86 oral contributions in Parliament the year leading up to the election, more than any other Suffolk MP. At the time my view was that this wasn't a good way of measuring the effectiveness of an MP. For me it should be more about delivering on the group and adequately representing the views and values of your constituents (which is clearly a very hard thing to do bearing in mind the huge range of different views). However, for what its worth, in my first year as an MP I have so far made 89 oral contributions in Parliament, this was been a difficult thing to achieve bearing in mind the pandemic has limited the number of MPs in the Chamber and Westminster Hall has been closed for most of the year.

There is a huge amount of work to do as the MP and I'm sure next year I will be just as busy but I'm hoping that perhaps 2021 isn't quite as dramatic. Being elected as your MP remains the greatest honour of my life and everyday I do look to try and repay the trust that was put in me though I appreciate that sometimes you won't all agree with me and I may disappoint you I really do give it everything I've got.

One of the things I've found really difficult this year has been how its impacted my ability to get out and about across Town. Ultimately its by meeting people that you truly know what is going on and this is crucial to ensuring that I remain "in touch" as much as possible with the views of my constituents. I hope that next year this will be made much easier.