The Neo Marxism behind "Black Live Matters" by Tom 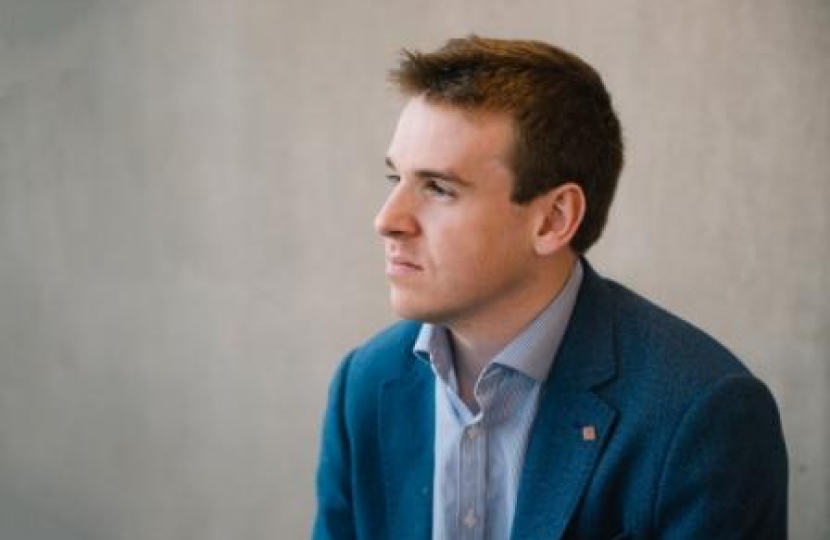 Tom writes in his Star Article:As I have said before, I don’t think there were any decent-minded folk who weren’t shaken by the footage of the death of George Floyd on May 25. Understandably, a great many were so shaken by it that they wanted to do something and at least demonstrate their hostility to racism in all its forms and the need for it to be combated wherever its found by joining public demonstrations."

Events since have undoubtedly raised awareness of the racism that many from BAME backgrounds still encounter and this is a good thing. I am well aware that many of my constituents still feel like they are subject to racism and this is something that pains me and its clear we have further to travel as a country in our journey to truly overcome racism in all its forms.

However, sadly, I do believe that some of the extremist elements connected to Black Lives Matter (BLM UK) may have done more harm than good with some of the statements they have made, and that a number of politically motivated individuals undoubtedly behind BLM UK’s neo-Marxist aims and objectives have sought to hijack it to push their own extremist ideology. This could make it far harder to unite around the common aim of eradicating racism from our society.

With regard to BLM UK, let’s be very clear about what some of their aims and objectives are: 1. Dismantling capitalism 2. Abolishing prisons 3. Getting rid of borders 4. De-funding the police. As you’ll expect, I disagree with each of these objectives but people are free to believe in them. However, it is hard to argue that these aims and objectives won’t massively divide opinion and that most people don’t believe in them. It’s therefore unfortunate that an organisation with such divisive aims and objectives has essentially become the organisational lead for a campaign following the brutal death of George Floyd that should be rather simple, straight forward and unifying.

My concerns about the organisation first began when one of the chief organisers called for the statue of Winston Churchill on Parliament Square to be removed and placed in a museum. Since then it just seems to have been one thing after an another.

Even the new leader of the opposition Sir Keir Starmer felt the need to question his support for the organisation when he dared to question its aim to de-fund the police.

However, following attacks he was subject to following this he subsequently backtracked to agree to undergo “unconscious bias training”.

We then had the case of Nick Buckley, the founder of the charity Mancunian Way who was awarded an MBE for his hugely valuable work with vulnerable young adults from disadvantaged backgrounds across Greater Manchester. He dared question some of the neo-Marxist aims of BLM UK and stated that they risked dividing communities. Following a backlash from woke activists, the trustees of Mancunian Way took the shameful decision to remove Mr Buckley from his position.

Add to this the kind of deeply divisive and provocative language and terms that the organisation band about, such as “white privilege” and “white fragility” and I don’t think that many of us can be blamed for beginning to ask the question, “Is this particular organisation actually doing more to divide us than unite us?”

Only a couple of weeks ago I received a call from a local journalist asking whether I would be prepared to label the local police as “institutionally racist” and some of our local schools – I refused to do so and I think this surprised the journalist in question.

It saddens me that many young people within Ipswich have experienced racist incidents at school and that some feel like they have experienced racism at the hands of the police, but I think to label entire local organisations as “institutionally racist” is incredibly unhelpful and divisive. Especially at a time when our police and schools are working so hard to support us and keep us safe.

When there are individual cases of racism and racist abuse then it’s an imperative that this is dealt with and the guilty properly held to account. However, lazily branding entire public service organisations as “institutionally racist” isn’t constructive.

I believe we all have a responsibility to ensure that the right lessons from the brutal death of George Floyd are learnt and that from this tragic incident flows a positive legacy. One of unity in confronting the racism that still exists in our society and across the world.

At the same time though I think its important that we acknowledge that though racism does still exist in our own country we are not America. Race continues to be a far bigger dividing line in the US than it is in our own country, and I’m thankful for this.

It would be utterly depressing if one of the outcomes of some of the divisive activity and policies of BLM UK is that race actually becomes a greater dividing line within our own society. We all have a responsibility to make sure this is not the case.

As Martin Luther King said: “I have a dream that my four little children will one day live in a nation where they will not be judged by the color of their skin but by the content of their character.” That is ultimately the goal we should still strive for. I don’t count the number of friends I have from BAME backgrounds. I don’t label them as BAME friends and non-BAME or white friends. They are my friends. My own view is that what is most defining about us all is our individual character and personality, not the colour of our skin.

We must not allow those with their own extreme political agendas to distract from these fundamental facts as we strive to live in a society free from racism.