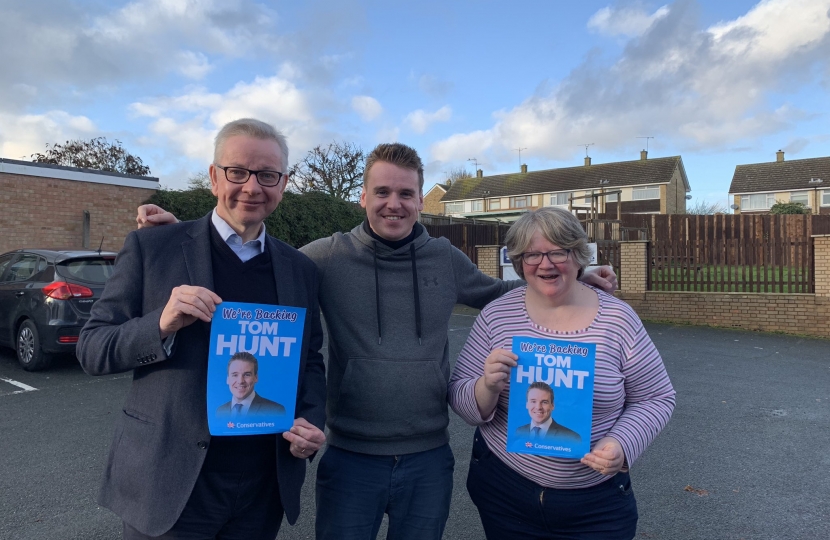 During his visit for lunch at the Belstead Arms on Wednesday, Michael Gove was interviewed by the Ipswich Star about why people should back me and Boris in Ipswich.

He said that Ipswich needs an MP who will spend 2020 tackling issues across the Town and not shoving Remain leaflets through peoples doors as part of the second referendum that the local Labour candidate and Jeremy Corbyn are promoting. We do not need a second referendum. We had one and the country gave the answer.

2020 should not be spent going round and round in circles and going over the same old Brexit arguments. 2020 should be about delivering Brexit and moving forward as a country with positivity.

The Prime Minister's letter on Coronavirus: Stay at home to protect the NHS and save lives.

Read the Prime Minister’s guidance everyone should follow and the measures the government has put in place to fight Coronavirus.