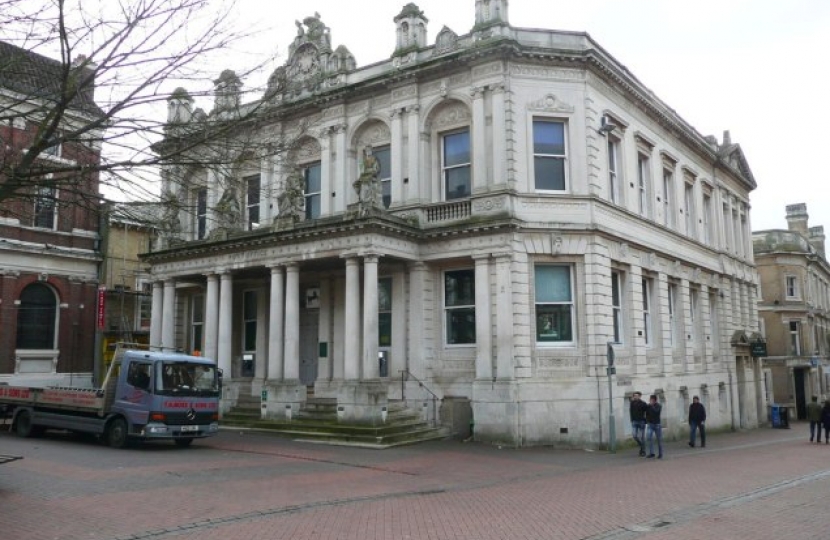 The Labour Council have just announced they are to spend nine months refurbishing the old Post Office building on the Cornhill, which has stood empty for four years.

In itself this piece of information seems positive but a closer look at the details reveals a shocking catalogue of expensive errors and missed opportunities.

Lloyds Bank closed their branch in 2015 and had a lease until the end of 2018 but made it clear they were willing to surrender the lease early, which they did a year ago.

The deal was a great one for the Council, rent was paid up till December and a huge sum was agreed as part of the fully repairing lease. All of a sudden the Council had a prime empty building, in an area that was undergoing a £3.8million upgrade, with money to make it attractive to potential tenants.

Your Labour Council was gifted a ‘Golden Ticket’, it could not have been scripted better, but this is where the story turns into a nightmare.

Last March the Labour Executive promised that it was  close to agreeing a deal to rent the property, the negotiations were nearly complete we were told. The Labour Executive also agreed to use the money from Lloyds to bring the building up to standards.

Poor negotiations led to the deal collapsing – this was not announced – the Labour group tried to slip this bad news under the radar. They also made the fateful decision not to spend the money they received from Lloyds.

Why did the negotiations fail at literally the 11th hour?

Why couldn’t they find a tenant?  Were they too busy negotiating deals to buy expensive out of town retail parks?

The Labour Council knew in July last year that the deal had fallen through – why didn’t they order the refurbishment then?

Let’s not forget that this Labour Council is now a major retail landlord, with a property portfolio approaching £100 million – they are supposed to be professionals – these decisions show that they are out of their depth.

Your questions answered by Matt Hancock, Secretary of State for Health and Social Care