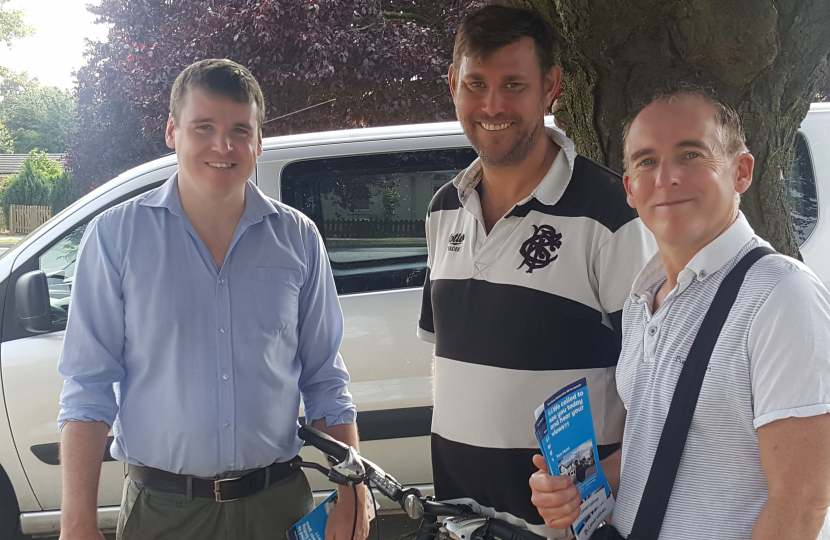 With regard to what the Labour Party’s position is on tackling inflation and averting a recession I couldn’t tell you. For as long as I can remember the Labour Party have continued to kid themselves that you can avoid taking tough decisions on the economy and that at no stage do you have to make any trade offs.

In essence, the Labour Party want hundreds of billions of pounds in extra state support, they want to agree to every public sector wage demand going despite the colossal cost to the taxpayer, and they claim to oppose any tax rises. Apparently, they can do all of this without putting a rocket booster under already sky-high levels of inflation and will engage in the kind of unparalleled Government borrowing that would make Hugo Chavez blush. It really is the stuff of fairy tales.

Throughout the time that I’ve been an MP, the Labour Party have demonstrated time and time again why their credibility on the economy is so low and that despite the departure of Marxist Jeremy Corbyn, this hasn’t changed.

Recently we had the Labour leader trying to pretend that the Government is singularly responsible for the economic and cost of living challenges we face. Despite virtually every other country in the developed world facing exactly the same challenges.

The reality is, I feel strongly that under a Labour Government these challenges would be even more acute. Other than the war in Ukraine, the major reason we are in this situation is due to the after effects of the pandemic and the decision to shut down the economy. At every stage of the pandemic the Labour Party wanted Covid restrictions to go both harder and longer. Something that would only have exacerbated the challenges we face now.

At the height of the deadly virus, when we had no vaccine and knew little about the pandemic, restrictions were necessary. However, the decision to introduce such restrictions and shut down large sections of our economy for such a sustained period was never consequence free. It’s why as the longer the pandemic went on, it was right for more and more Conservative MPs to inject some balance and proportion into the debate when it came to the colossal impact of Covid restrictions on peoples livelihood, public finances and the wider economy.

The next few months will be deeply challenging for thousands of my constituents and it’s understandable a robust debate is taking place within the Conservative Party about how best to confront the challenges ahead. What is clear to me however is when it comes to this debate the Labour Party have nothing to add whatsoever.