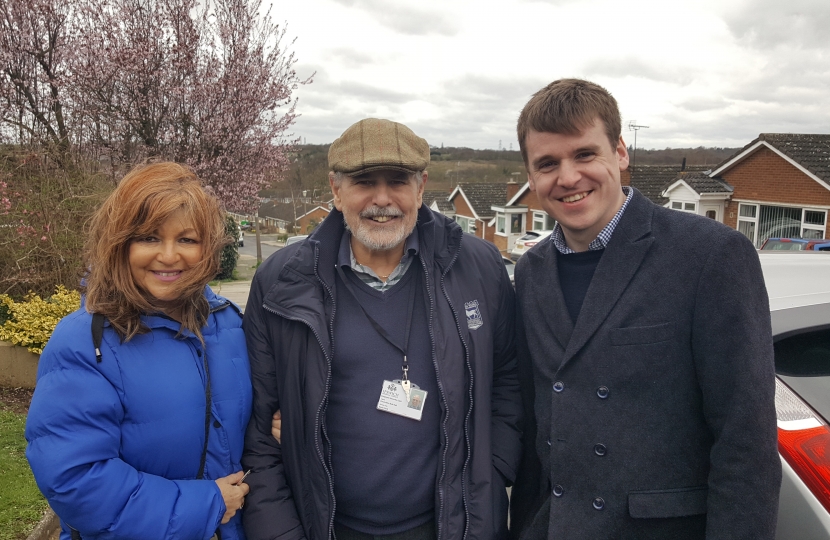 The Ipswich Constituency Labour Party, headed up by their MP, has again shown their true colours in its party conference motion [which you can download below]. Ipswich voted to leave the EU over 3 years ago by a large majority of 58%, but here goes Ipswich Labour, trying to stoke up division and more anger. They are demonstrating their clear view that the people of Ipswich got it wrong last time, and that any deal which Mr Johnson brings back from Juncker and Barnier will not be good enough for them, so they will reject it no matter what  - despite Corbyn and his local comrades demanding that the possible "no deal" is ruled out. All they want is chaos and division.

Tom Hunt, Conservative candidate for MP for our town said "Pretty astonished by the Ipswich Labour motion to Labour Party conference. Please read. It states that 'there is no mandate for any Brexit settlement', it also states that the Brexit vote is part of a “right wing nationalist exploitation” it goes on to link all those who voted leave with the far right.

"This motion shows how Ipswich Labour hold those who voted leave in Ipswich with complete disdain. Leave voters are either clueless and were exploited by the far right or they are far right themselves according to Ipswich Labour. I have watched over the past year Ipswich Labour’s position on Brexit become more and more distant from the people who I speak to everyday across the Town. Whether people voted leave or remain they should be treated with the upmost respect. We all live in a democracy and it’s perfectly possible for two reasonable and decent people looking at the same facts to come to different conclusions about what needs to be done."

Jeremy Corbyn can’t lead his own party, let alone the country, and he couldn’t negotiate his way out of a paper bag. His Surrender Act means delaying Brexit until at least 2020 and even longer if the EU demand it – Brussels would be in the driving seat and Corbyn would accept anything from them.

Conservatives mean getting Brexit done by 31 October – no ifs, no buts, and making sure Britain is prepared, whatever the circumstances.