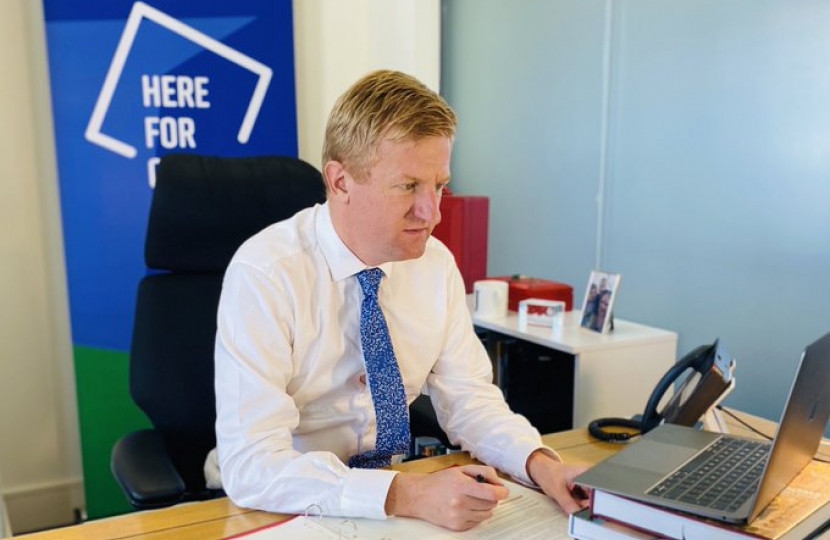 "The Government does not support the removal of statues or similar objects", reassuring words by the Culture Secretary, Oliver Dowden (pictured), hopefully he follows this up with a similarly reassuring response to the letter I signed with 12 other MPs about the behaviour of the National Trust smearing Winston Churchill's name and legacy.

Completely agree with his comments that museums and galleries receiving taxpayer support "should not be taking actions motivated by activism and politics". Our past is our past and we should learn from it, not look to rewrite it. The position of the Culture Secretary couldn't be more of a contrast to the behavior of the Labour Mayor of London who has already toppled statues and has launched a review into all status across London with the intention of removing many. Odd priority for a Mayor who has continually failed to deliver on the things that he is responsible for, tackling crime and building affordable housing. It is what it is.

NATIONAL TRUST LETTER: Following my question in the Commons Chamber on Thursday, I've joined forces with a dozen other Conservative MPs to write to the Culture Secretary demanding that he consider withdrawing funding from the National Trust if it refuses to publicly apologise for attempting to smear Winston Churchill's name by linking him with slavery and colonialism. When it comes to the liberal left going after our war hero's legacy enough is enough!

Above comments written by Tom Hunt, Conservative MP for Ipswich.

Our Further Financial Support for Jobs and Businesses

We are announcing a package specifically for those businesses which are not forced to close, but face reduced demand due to additional social distancing restrictions.