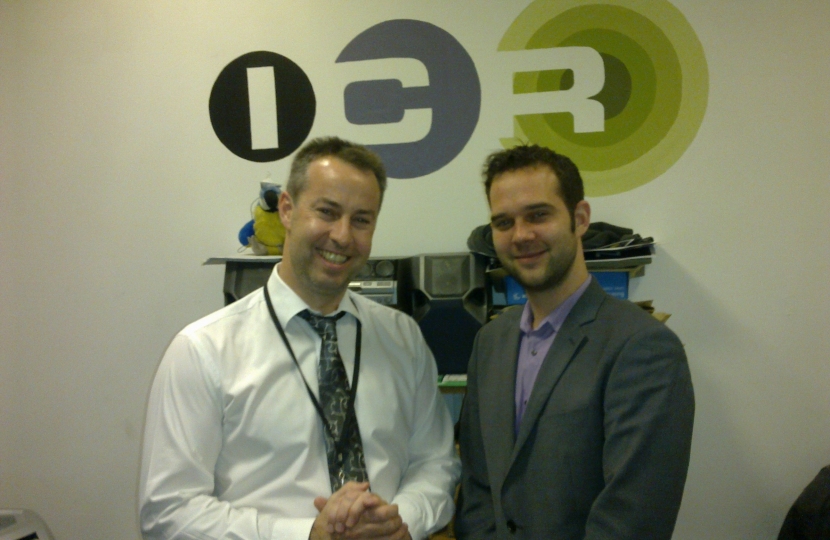 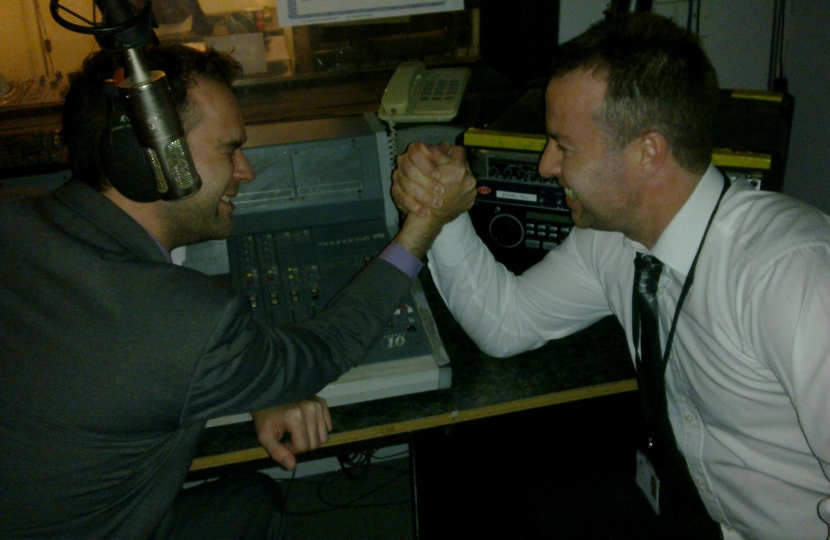 My Month began with a magnificent firework display at St Albans Catholic High School, and ended with a dinner to celebrate Ipswich Central’s successful bid to continue their commitment to improve our town centre. This is what happened in between…

I joined over 800 local residents who came to St Albans to enjoy, what must be, the second biggest firework display of the season – and the most family friendly. To accompany the fireworks - that lit up the sky for nearly an hour - was a super-sized slide, a variety of stalls and a very pleasant atmosphere. Well done, Friends of St Albans!

Councillor Liz Harsant was good enough to invite me to a day held in support of the wonderful Ipswich Town Charitable Trust, including the Ipswich Town Vs Doncaster match. I was in esteemed company indeed; sharing lunch and a box with our brand new Suffolk County Council Chief Executive Deborah Cadman OBE and BBC Radio Suffolk’s Terry Baxter…amongst others. I think having a token Aussie about provided the party with more entertainment than the football. Three nil down at the half!?

Boy, has this year been all about inductions, seminars, briefings and training! If I am ‘brought up to speed’ with much more over the next few weeks and months, I think my brain will explode! Tonight, I attended the Kesgrave Conference Centre – as a governor at Broke Hall Primary School; and along with a variety of other governors from a variety of other local schools – to take part in a briefing on Inclusion and Equalities in schools. Sadly, an informative event was marred by Governor X from X School who felt it necessary to add his own thoughts to each piece of information supplied by the qualified provider of the course. Always one.

I put on my lucky socks and keep a weather eye on any cracks in the pavement, on my way to the St Margarets By-Election count at Grafton House. I’d already done my bit for the Conservative cause - Telling at the Ivry St polling station. Now, 11pm has struck and it is eyes down for the second Tory/Lib Dem winner take all grudge match in 6 months! (Are the Labour Councillors moonlighting as doormen?)

Taking everything into account, looking at the situation in the round, considering it from all angles and certainly not wishing to put too finer point on it, we lost. Watch this space for round 3!

I agreed to do my first hour length political interview with James Smith from ICR. As a politician, I am naturally concerned about the possibility of making a gaffe large enough for an elephant to stumble into or strong enough to strangle myself with – my budding career snuffed out like a candle in a gothic novel. However, I think it went well, and in a day or two, having gathered the courage to again take outside calls, I should be able to gauge the response of local listeners. I explained to James, on air, that I was disappointed that nobody had sent in any cake. Aggers and Blowers seem to always have plenty available at lunchtime in the cricket, but I was willing to overlook the oversight on this occasion.

Remembrance Sunday was particularly well attended this year in Christchurch Park. I don’t know if it is the continuing involvement of our brave forces in Afghanistan and elsewhere, or the wonderful example set by ‘Royal’ Wootton Bassett on how to acknowledge those who pay the ultimate price, or something less tangible, but whatever it is, it was on show today. It was also on show at 11am on Friday when I sat with my class at Claydon High School for an immaculately observed two minutes silence. Lest we forget.

The local area forums might not be the perfect answer when it comes to informing people about decisions that directly affect them, but they are an important way for local residents to share their concerns and feed their ideas directly into the political process. At tonight’s Conservative Group Meeting we discuss Labour’s ‘Taking Decision Making Closer to the People’ report, which ironically appears to be doing exactly the opposite. We also spend time considering Labour’s campaign to save their local drinking hole, the Golden Key, from becoming a Tesco. Mmm.

I don my hard hat and high visibility jacket to take the Crown Pools Project Tour. Councillors climb ladders and duck under scaffolding in their efforts to inspect the work going on; from the ceiling above the leisure pool to the basement below the competition pool. Strengthening the roof, retiling walkways and a repaint, appear to be the main tasks on the agenda. I am assured that the work being undertaken can be guaranteed to add at least 10 years to the life of our premier leisure complex.

I enjoyed last night at the pool, but tonight’s specially arranged visit to Ipswich’s Art School and Museum trumped it. This evening was a further reminder of the high level of resources this town has to offer. To my mind visitors are spoilt for choice when it comes to deciding how best to fill their time, and there is no better place to start than the Ipswich Museum. It is a Victorian Spectacular! I was excited to hear about future plans to enhance this already impressive complex and intrigued by the restoration work that volunteers lovingly carry out behind the scenes. I’ll be back again – soon!

In my first year as a councillor representing the good people of Bixley, I’m taking part in as many local events as I can. I want to be able to have as broad an understanding as possible of what makes this town tick. With that in mind, and although I am not a religious man, I attended the Mayor’s Multi-Faith Celebration at the Town Hall. I listened to contributions from the local Sikh, Jewish, Buddhist, Christian, Hindu and Muslim communities. It was wonderful to observe that co-operation is so obviously possible between good people with moderate views.

Much of the interest in tonight’s Executive Committee meeting was surrounding a decision on a way forward for Broomhill Outdoor Pool. Sherrington Road Residents site congestion, pollution, noise and eating into Crown Pool revenue as reasons to return the site to parkland, whilst Broomhill Trust supporters wish to refurbish with a fitness suit, changing rooms and café. Cllr Rudkin’s decision was to contact private investors and begin assessing the business case for re-establishing Broomhill as an outdoor swimming complex. This could cost the borough up to £1 million. I do hope that the decisions made going forward are based on sound business logic not just nostalgia, but as yet I’m not convinced.

For the most part my membership of the Human Resources Committee has been to nod agreement to the various changes to posts on the Ipswich Borough Council. From what I have witnessed so far, many decisions reach general agreement after brief discussion. Tonight was no exception. We worked through an agenda including extensions, redeployments and establishing of various posts within the council.

The key responsibility I have as a Broke Hall Primary School Governor is to monitor behaviour. Tonight was a meeting of the monitoring committee. It was clear from the various governors reporting back about their observations relating to teaching and learning, that Broke Hall is the kind of school to which any parent would be proud to send their children. I am creating a perception survey to look at the use of rewards across the school – much more fun than always focusing on sanctions.

I was proud to attend the launch event for ‘Ipswich Town of Sanctuary’ – designed to add our town to a growing list of cities and towns around the UK that welcomes and supports asylum seekers and refugees. We were entertained by song and dance, and listened to heart-breaking stories that illustrated all too vividly the need so many unfortunate souls have for compassion and understanding. The evening was brilliantly hosted by the wonderful Melissa Day, whose tireless efforts are helping give Sanctuary the status it deserves. For more information contact www.cityofsanctuary.org

Tonight the Ipswich Central Management Board celebrated the clear and absolute mandate handed to the team by local businesses to continue their efforts to improve the town centre for another 5 years. I really enjoyed the discussion we had about changes we would like to see to our town. It demonstrated to me that Ipswich Central is represented by people with the business know-how, creativity and detailed local knowledge, to really make a difference. Also, on a personal level, I felt that I was being listened to and my opinions were valued – which means a lot when you’re surrounded by some of the most respected businessmen around town.