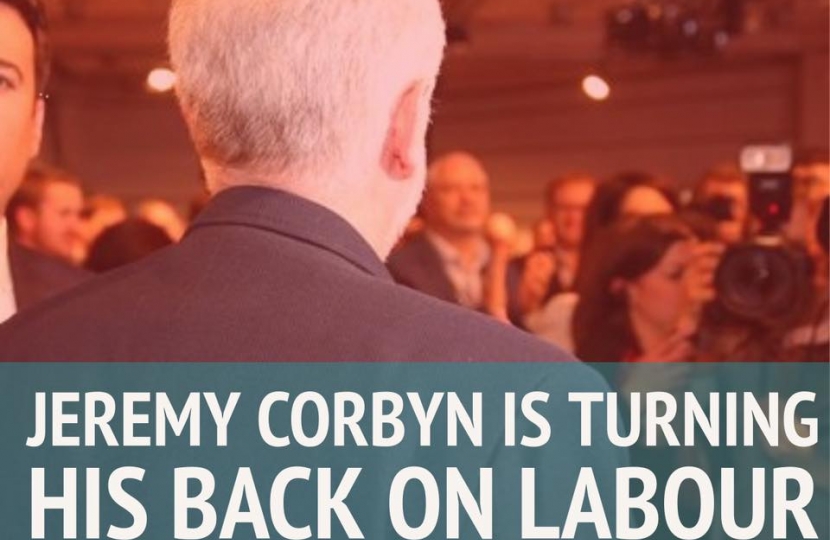 By backing a second referendum on our membership of the EU, Labour leader Jeremy Corbyn has made it crystal clear that the Labour Party do not respect the vote that has already taken place. Today, Jeremy Corbyn has turned his back on Labour voters who voted leave!

What we knew before today is that we have a Labour MP in Ipswich who thinks he knows best and appears to support a second referendum. What we know today is that he's now backed up by Labour leader Jeremy Corbyn.

Whilst the local Labour MP does not respect the local result that took place in Ipswich where 58% voted leave, we now also have the Labour leader Jeremy Corbyn who by backing a second referendum is treating the national result with contempt.

For me this is about respecting the huge democratic vote that has already taken place. Parliament asked the people to decide. They came up with an answer. It therefore falls to Government and Parliament to implement that democratic decision. The Labour Party stood on a manifesto pledging to respect that result, the local Labour MP in Ipswich was elected on that manifesto.

Ipswich needs a Government that will get on and deliver Brexit in an orderly fashion. And in my view, it needs an MP who respects the clear verdict that the people of Ipswich gave in the referendum, to leave the EU.