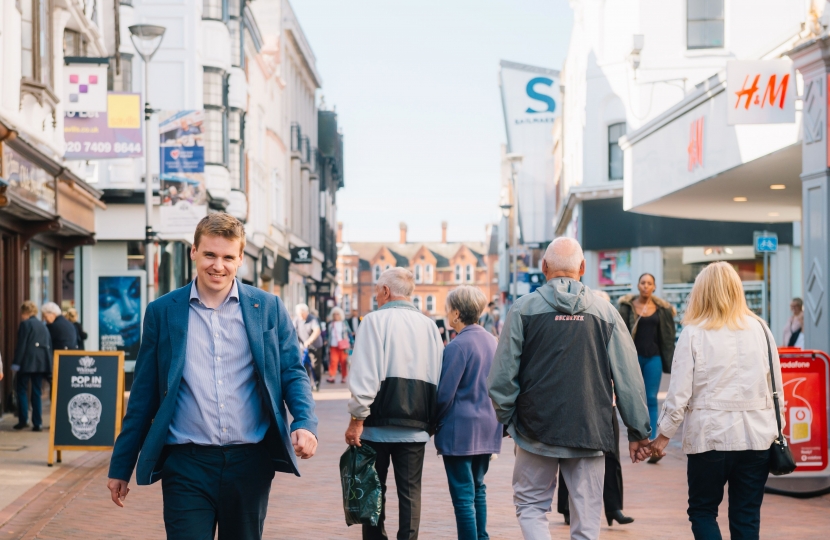 The 100 places invited to develop proposals for a new generation of multi-million-pound Town Deals have been announced by the Government, and Ipswich is one of the successful recipients, eligible for support from the £3.6 billion Towns Fund.

Tom Hunt (pictured) who is working to be the new Conservative MP for Ipswich, says "

"I'm delighted that Ipswich is one of the places that will benefit from the new Towns Fund. When talking to local residents, I lose count of the number of times the state of our Town Centre has come up in conversation. If spent in the right way, the £25 million provided by the Government could give Ipswich Town centre a massive boost. I encourage Ipswich Borough Council to engage fully with every section of our community when deciding how to invest this money.

"A few months ago I spoke with Jake Berry MP, the Minister responsible for the fund and the difference a contribution could make to Ipswich. I'm very glad that the Government have listened."

More info can be seen here.

This is Conservatives in government delivering the help that local people in Ipswich have been crying out for. Vote for Tom Hunt for a bright future for our town.

Tom was intereviewed on Lesley Dolphin's show a few days ago,

Tom says "I had the pleasure to be the guest on the BBC Radio Suffolk Lesley Dolphin show. During my interview I discussed a range of topics including my first week in Parliament, opportunities for people with special educational needs, closures to the Orwell Bridge and long term fixes to our rail network."