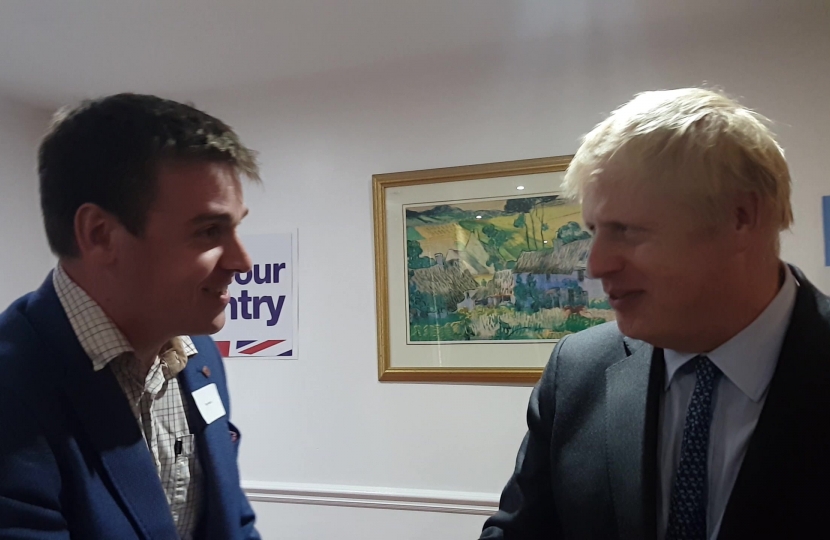 Better hospitals. Safer streets. World-class schools. Let’s get Brexit done so we can deliver our manifesto.

Parliament spent the last three years going round in circles – and getting nothing done.

Why are Labour promising the chaos of a second referendum – when there are people waiting three weeks for a GP appointment?

Why are the Lib Dems fixated on the past – when there are people who don’t feel safe on their streets?

Why are politicians still bickering – when there are kids in schools being left behind?

Our deal is ready to go. Our Ipswich Candidate Tom Hunt is ready to vote for the Brexit deal. That’s because it protects jobs and trade.

£33.9 billion extra for the NHS and 50 million more GP appointments. So you can see a doctor when you need to, not three weeks after you need to.

20,000 more police and tougher sentencing for criminals. So no matter where you live, you can feel safe when you walk home at night.

More funding for every pupil in every school. So every single child gets a better education, no matter where they go to school.

An Australian-style points-based immigration system. So we can take back control of our borders.

Cutting your taxes. So we can help cut your cost of living.

Vote TOM HUNT here in Ipswich on 12th December to get Brexit done and move on to other priorities.

"The Government does not support the removal of statues or similar objects", reassuring words by the Culture Secretary, Oliver Dowden (pictured), hopefully he follows this up with a similarly reassuring response to the letter I signed with 12 other MPs about the behaviour of the National Trust sm